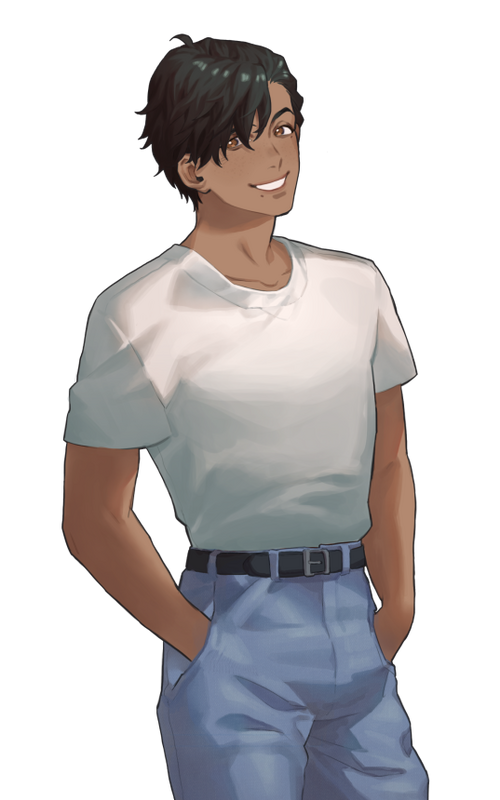 I got (again) some worried comments about Gilles and about how racial stereotypes will be handled in the game.

😩This issue is a bit annoying, but I guess this won't be the last post I'll have to make on the topic. Let's discuss Gilles and the seemingly "racist approach" to the character, please.

1. I've met many, many Romani people in my life: as neighbours and as high school teacher with Romani students. The first impression they usually give is the same one Gilles gives in Night and Day... an stereotypical bad one.

2. People are not just what their first impression makes you think! This seems to come as a surprise for some people. Real Romani people are way more than their superficial attitude, they are individuals with their personality, their own background and their points of view. And so is Gilles. He has his own issues and his own personality, and Paul (and the player) will have to make an effort to go past the stereotypes and get to know him... same as we should with real people, no matter the race.

3. I've made my research. Honestly, I write mostly period stories, so it's a bit annoying when someone comments I surely haven't. I'm aware of the Romani people tragedy during WWII... and it's something that will appear in Night and Day.

So please, don't judge Gilles' first appearance from a "politically correct" point of view. I don't want to make an unrealistic character just for the sake of pleasing the players. Let's have real POC people in our visual novels, shall we? Just like in real life, make an effort to get to know people of other races and other social backgrounds, going through stereotypes and finding out how they really are.

Get Night and Day

A BL Yaoi Visual Novel about art and romance