Our current game in development, Night and Day is taking part in the Steam Games Festival, an event that showcases demos and upcoming games. 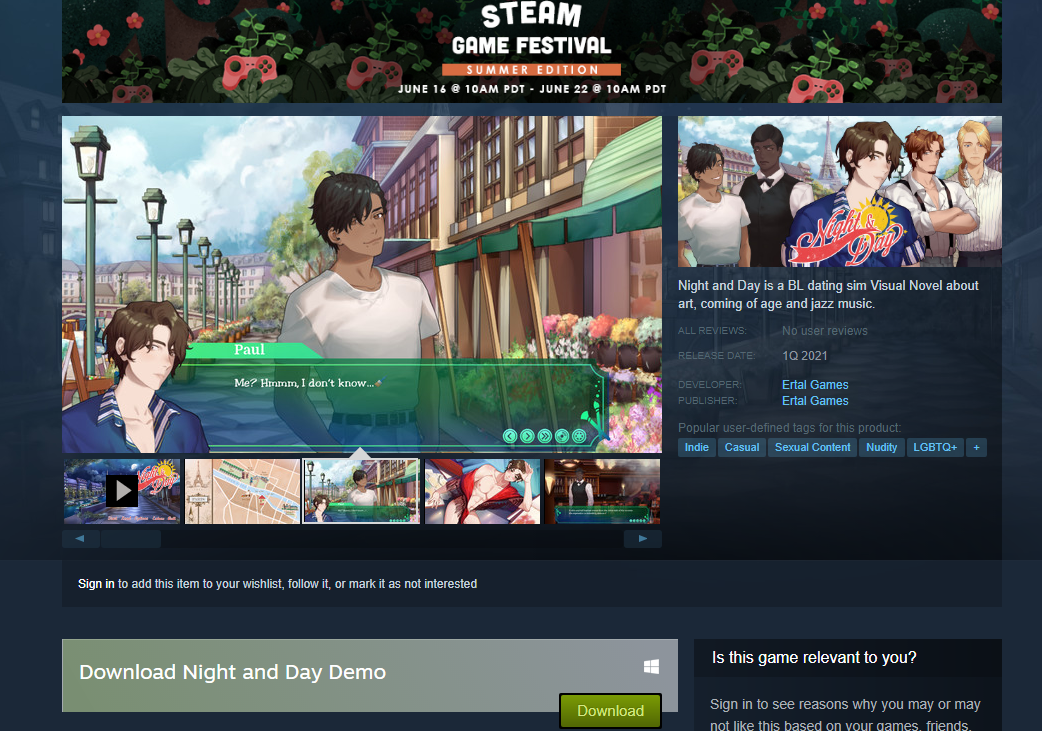 The musician and I will hold a live chat on the Ertal Games' Discord, in 4 hours: noon, Pacific Time, at https://discord.gg/ZUFsg9v

You can ask or comment whatever you want about Night and Day (favorite character so far? future of the routes? dating sim part's game mechanics? doubts about Kickstarter rewards?) or about our other games. We'll show some discarded art, sketches of future illustrations currently on the works and some finished music tracks.

By the way... Our campaign has been status quo for more than a week now; I really wanted to reach at least one stretch goal, hopefully two, but at this rate that doesn't seem feasible. Night and Day has been featured in two blog reviews, a huge Facebook page and some Youtube gameplays, but it seems that's not enough to reach more people. I'd be most glad if you could share the campaign or our pinned social media posts with your friends or groups so we could reach at least the top and bottom option ;)

Get My Burning Heart

A BL Yaoi Visual Novel set in a 1001 Nights World