A downloadable visual novel for Windows, macOS, and Linux

The story follows Alex White, the youngest member of a large family and hence always rather overprotected, into his new stage in life moving to an exclusive boarding school, St. Michaels, during the Edwardian era.

There he will meet some friends: the always cheerful and helpful Monty, the shy and clever Rick, the snob and troublemaker Damian. But he will also face an unexpected danger.

And perhaps, who knows? He will even find true love. It's up to you to decide if Alex will reach a happy ending or will leave St.Michaels with a broken heart… or maybe even worse.

Released in English and in Spanish.
Warning: this visual novel doesn't contain NSFW CGs, but the story includes graphic and detailed descriptions of adult situations.

In order to download this visual novel you must purchase it at or above the minimum price of $7 USD. You will get access to the following files:

did this incase of spoilers


whew that was a lot. i'm wondering why the school never had any cameras installed lol..? i was only really interested in Damian and wow i love him so much when i got bad relationship end i was honestly so shocked. i was like where did i go wrong then i realized my mistake xd. literally just thought to myself if i was Alex what would i do and i thought to confront him and what Damian said in the hospital just made me scream....my overprotective knight in shining armor. also is there any extra content that has Damian route in it ? cause i'm totally hooked more than ever.

Hi again! lol cameras... 1910, so not a chance, although it would have been great to be able to record them!

There's a set of after stories for the game here on itchio, with one extra short story for the good end and one for the bad end (in Damian's case... both of them are rather naughty, hehehe). The link is on the game's page!

oh wow i didnt know i could actually buy this with a CA card lol im so dumb for never trying?! all this time i couldve played...shame on me.

how long would you say the play time is ?

The script of the game is around 100k words long, so it really depends on how quickly you read, and on if you prefer to take your time or you want to finish it as fast as possible.

Some people tend to skip the text about the mystery in their second/third routes and focus only on the romantic scenes, for example, although the investigation is different every time. (So if you read any review saying "I beat the game in just one hour", that means they were pressing the "Skip" button for everything but a few scenes XD )

Is this game on steam?

No, sorry, not anymore. It was banned a year ago. So righ now it's only available on itchio.

hi is there another way tht i can buy this ? i dont use paypal.

Do you still recieve a Steam key for this game once bought? I only ask because it still says so under the "buy now" button so just wanted to confirm it or not! :)

Oh! No, sorry, since the game was banned on Steam. I'll take out that message right now, thank you for telling me.

Oh no, why was this banned on Steam? It's so wholesome ;-;

No sex under 18 for Americans XD

(spoiler) I guess the part where Damian mentions his first time with Lisa is technically illegal since she's over 18 but i'm pretty sure sex between minors is legal here -.-

good to know tho xD

Late reply! You may already know this, but I wanted to clarify to others that in plenty of American states, the age of consent is 16, while in others, it's 17 and 18.

However, when it comes to sexually explicit content in fiction stories, the universal minimum age is 18, as long as the content is written to titillate the reader, versus adult fiction where explicit sex may be included as part of the plot and not for titillation. All fiction texts are protected speech in America and therefore not illegal, but credit card companies still avoid that kind of content. As a result, virtually all sites that offer a payment system won't touch erotic content involving underage characters because payment systems are generally tied to credit card companies in some form or another.

I hope this helps!

I cannot find the demo for this game, only Rick's Valentine Day.

Why can't I pay with my card? I don't have Paypal and I don't want Paypal.

I'm really sorry, but I have Paypal as the only paying option on itchio. You can pay with your card through Paypal, even if you don't have an account, as a guest. I apologize for the inconvenience.

I know, but I don't want to have anything to do with PayPal after they stole my money few years back.

The DLC is a separate download, linked in this page: https://ertal-games.itch.io/ahitd-after-stories. It must be bought on its own. You have a Valentine's Day story as freebie here, though.

And yes, the DLC and the updates will follow the disclaimer.

I know I could probably purchase this on Steam, but there really needs to be an option to purchase any Ertal Games games on Itch.

In fact, A Hand in the Darkness was recently banned from Steam, so it's only available here on itchio.

And... I didn't understand your comment, I think, because all my games can be purchased on itchio.

On PayPal though. There isn’t a purchase with card option.

Ah, right! But PayPal allows you to pay with your card if you don't have a PayPal account.

Sorry, but PayPal only on itchio is more convenient for me.

I could play the game on steam? Just playing it today

You can, for now: Steam doesn't have a clear policy on what they do with the games they ban. Some customers reported they couldn't access their game anymore, while others can. I'm giving itchio keys to all the people who bought the game on Steam and ask for them, just in case.

But the game's page doesn't exist anymore, so you can't buy it on Steam and I can't access my developer's page (so of course updating the content is impossible). I think you can still buy unclaimed Steam keys, but since it seems the access to playing AHitD can be revoked any time, I wouldn't suggest to pay for that.

Oh, I see. Yes the Shop page is gone.

I dont understand what is actually wrong with the game anyway :)

The characters are 16 at the start of the story, and there are NSFW scenes.

For me and most people, as long as we are talking about fictional characters AND are above age of consent, everything goes, but Steam is more strict with its policies, sadly.

Anyway, there will be a most needed update of the game very soon. But it will be here on itchio, of course. PM me or send me an email if you want an itchio key, with a screenshot of your Steam library or other proof of purchase.

it was banned on steam??? why? that's where I own it

The demo link appears to be broken? :[

Thank you for telling me! I'll fix it asap; I didn't remember I put a Google Drive link instead of uploading it, and I guess the file was deleted the last time I cleaned my Drive XDD 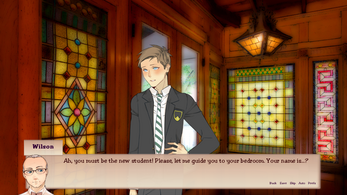 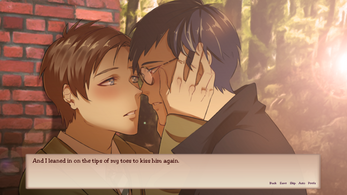 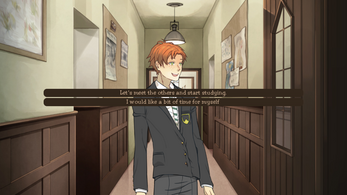 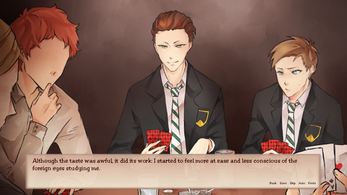 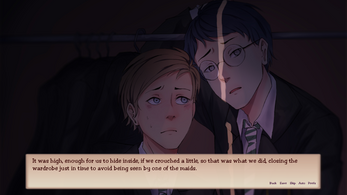 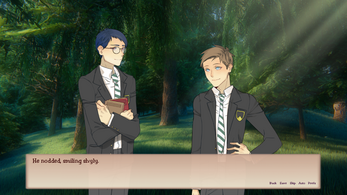 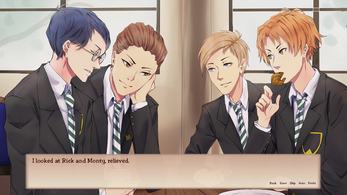 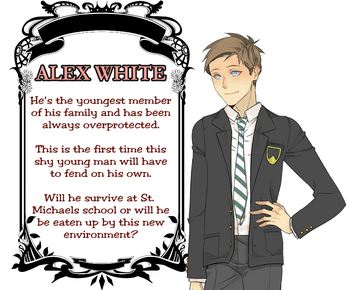 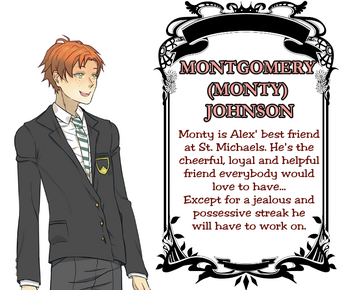 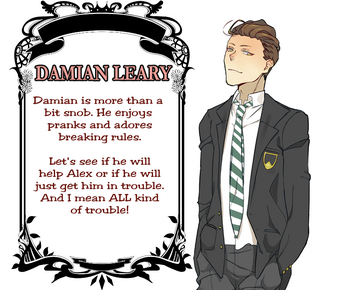 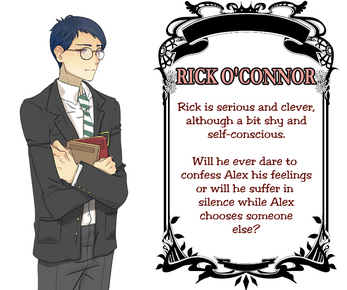